The Crucible: Historical Context from shanovitz 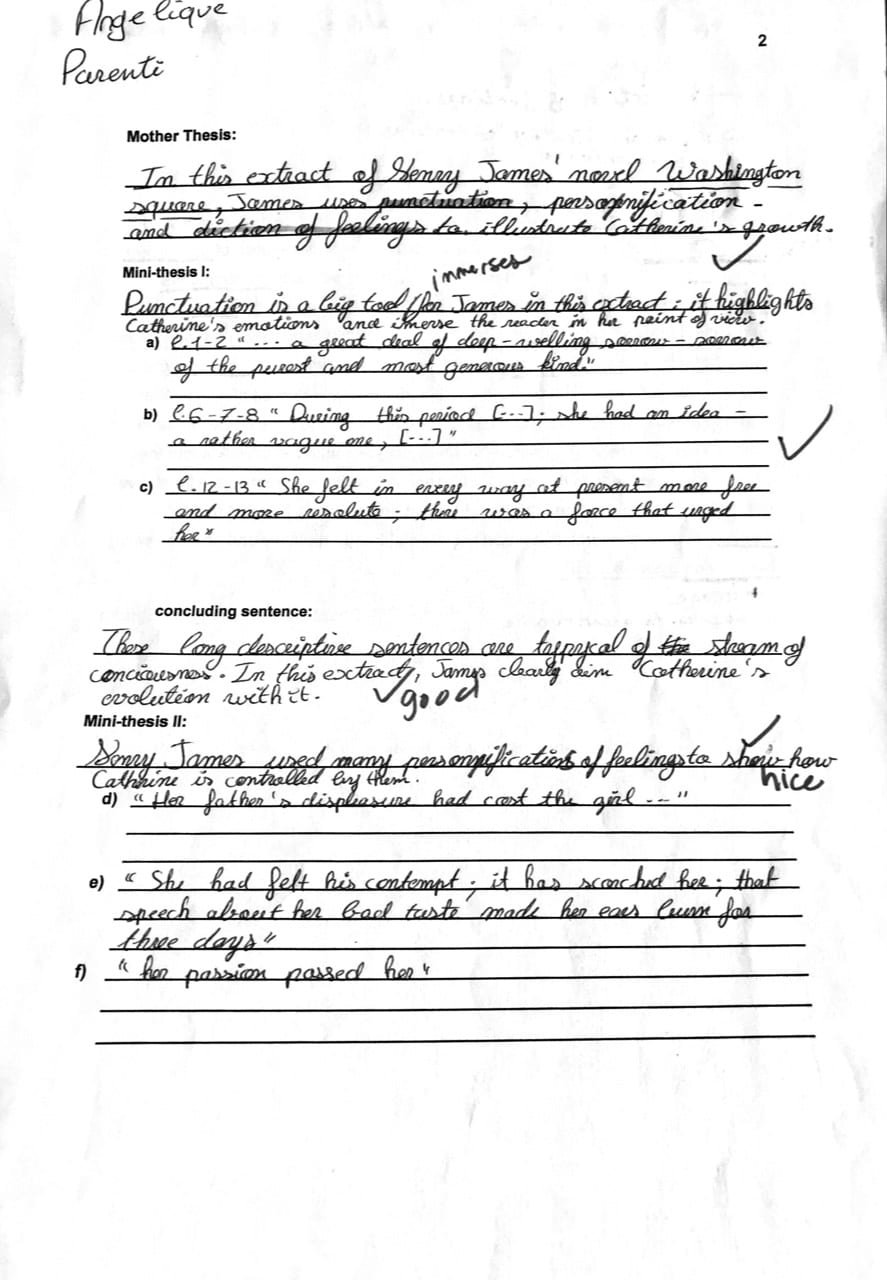 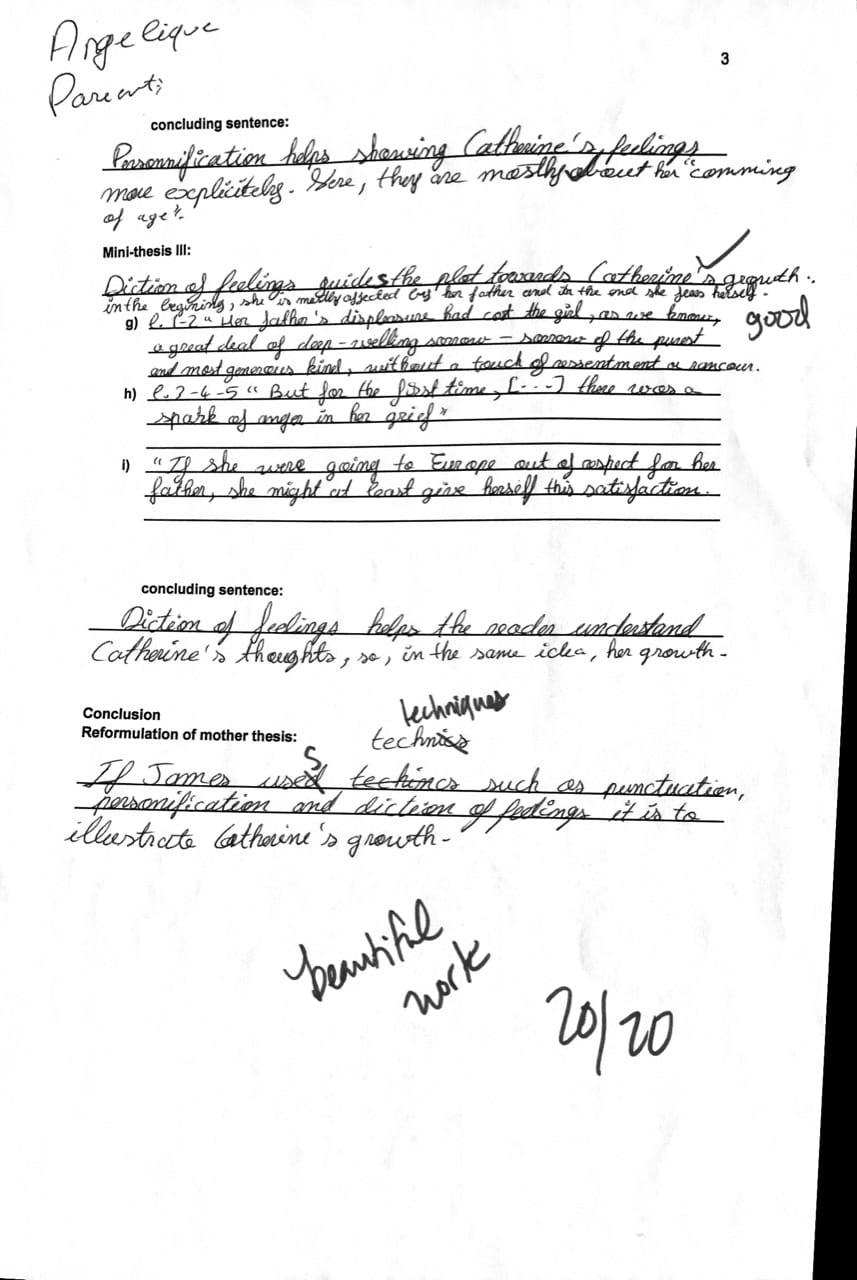 To what extent does James make Dr Sloper a frightening character?

Thesis statements proposed by groups in class (we marked in bold which elements we thought were the strongest in the thesis statement):

In Henry James’ novel Washington Square, James makes Dr Sloper a frightening character through his rude treatment of Morris, his systematic rejection of Catherine’s demands, and his sexist attitude.

James makes Dr Sloper a very frightening character through his relationship with Catherine, his sexist point of view, and his wickedness towards Morris.

James makes Dr Sloper a slightly frightening character through the way he talks to Catherine, how he wants to control her, and the way he has satisfaction in her suffering.

James makes Dr Sloper a cruel and authoritative character through his brutal and vicious thoughts, his cold-hearted reactions to Catherine’s struggle, and his hypocritical way of addressing people.

Proposed “winner” rewrite of the thesis:

In Henry James’ novel Washington Square, James shows how Dr Sloper is a cold-hearted, stubborn, and pessimistic character through his sexist point of view, his systematic rejection of Catherine’s demands, and his vicious thoughts of satisfaction in Catherine’s suffering.

The Doctor almost pitied her.  Poor Catherine was not defiant; she had no genius for bravado; and as she felt that her father viewed her companion’s attentions with an unsympathising eye, there was nothing but discomfort for her in the accident of seeming to challenge him.  The Doctor felt, indeed, so sorry for her that he turned away, to spare her the sense of being watched; and he was so intelligent a man that, in his thoughts, he rendered a sort of poetic justice to her situation.

“It must be deucedly pleasant for a plain inanimate girl like that to have a beautiful young fellow come and sit down beside her and whisper to her that he is her slave—if that is what this one whispers.  No wonder she likes it, and that she thinks me a cruel tyrant; which of course she does, though she is afraid—she hasn’t the animation necessary—to admit it to herself.  Poor old Catherine!” mused the Doctor; “I verily believe she is capable of defending me when Townsend abuses me!”

And the force of this reflexion, for the moment, was such in making him feel the natural opposition between his point of view and that of an infatuated child, that he said to himself that he was perhaps, after all, taking things too hard and crying out before he was hurt.  He must not condemn Morris Townsend unheard.  He had a great aversion to taking things too hard; he thought that half the discomfort and many of the disappointments of life come from it; and for an instant he asked himself whether, possibly, he did not appear ridiculous to this intelligent young man, whose private perception of incongruities he suspected of being keen.  At the end of a quarter of an hour Catherine had got rid of him, and Townsend was now standing before the fireplace in conversation with Mrs. Almond.

“We will try him again,” said the Doctor.  And he crossed the room and joined his sister and her companion, making her a sign that she should leave the young man to him.  She presently did so, while Morris looked at him, smiling, without a sign of evasiveness in his affable eye.

“He’s amazingly conceited!” thought the Doctor; and then he said aloud: “I am told you are looking out for a position.”

“Oh, a position is more than I should presume to call it,” Morris Townsend answered.  “That sounds so fine.  I should like some quiet work—something to turn an honest penny.”

“What sort of thing should you prefer?”

“Do you mean what am I fit for?  Very little, I am afraid.  I have nothing but my good right arm, as they say in the melodramas.”

“You are too modest,” said the Doctor.  “In addition to your good right arm, you have your subtle brain.  I know nothing of you but what I see; but I see by your physiognomy that you are extremely intelligent.”

“Ah,” Townsend murmured, “I don’t know what to answer when you say that!  You advise me, then, not to despair?”

And he looked at his interlocutor as if the question might have a double meaning.  The Doctor caught the look and weighed it a moment before he replied.  “I should be very sorry to admit that a robust and well-disposed young man need ever despair.  If he doesn’t succeed in one thing, he can try another.  Only, I should add, he should choose his line with discretion.” 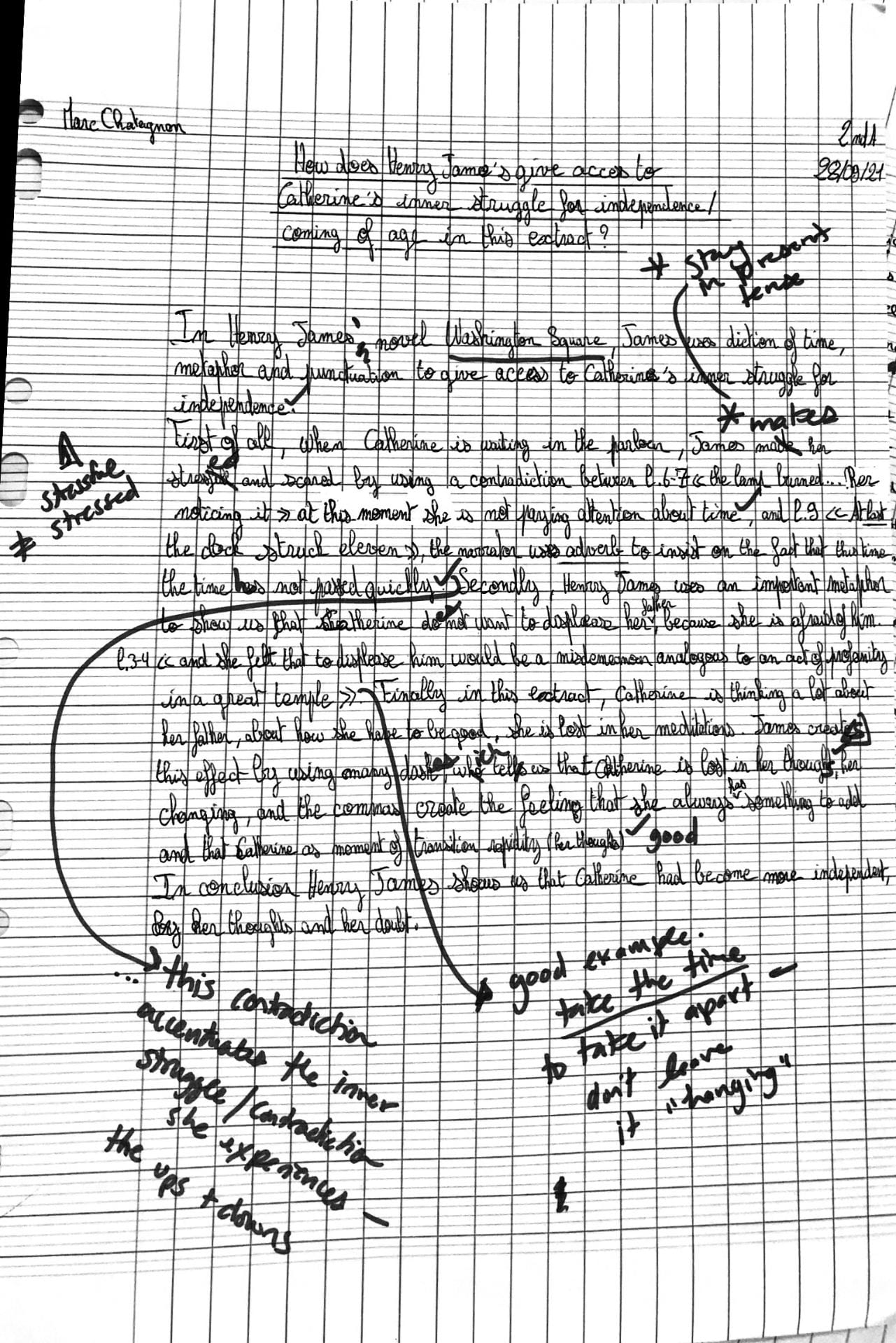 Catherine struggles with independence and self-worth because of her father’s control over her mind. To help show this, Henry James uses the diction of fear and writes things such as: “Her eyes fixed upon her terrible plan”. The use of the word “terrible” shows how Dr Sloper has brainwashed her into thinking that every independent thought she has is bad.

Other phrases like “her father had answered her, but she had not the courage to turn the latch” show how she is scared of her father and he clearly has authority over her. Her fear of her father is so deep, she cannot even open a door. This situation really shows how manipulative Sloper has been. Similarly, the quote “What she had said to her aunt was true enough she was afraid of him; I didn’t say that she had no sense of weakness she meant that she was not afraid of herself” shows how her aunt is more of a parental figure than her actual father– perhaps she is afraid to admit her true feelings to him. All of these examples of diction of fear show the reader that Sloper’s constant blaming and manipulation resulted in Catherine’s struggle to be independent.

James illustrates Catherine’s growing fear and excitement while waiting to confront her father through the diction and imagery of time.  James writes that Catherine: “sat there for more than an hour, lost in her meditations”. Catherine keeps thinking about how she can talk to her father. She is lost in her mind, preparing what to say due to her father’s unpredictable behavior. The word “meditation” suggests, however, a calm, positive reflection and growth. There is, therefore, a contrast in her emotions, she is both stressed and also at peace with the promises of her encounter with Dr Sloper. All this thinking makes her reflect and the time flies as we can see in the image: “the evening advanced, and the lamp burned dim without her noticing it”. The fact that the lamp’s burning goes unnoticed is a metaphor for how absorbed Catherine is in her thoughts. Similarly, James writes “At last the clock struck eleven, and the house was wrapped in silence” to show how the hours pass quickly, referring once again to the diction of time. The image of the house “wrapped in silence” indicates that Catherine still does not know what to say, she still hasn’t made up her mind. Furthermore, “wrapped in silence” refers to the senses, and also alludes to Catherine’s fear towards approaching her father. Finally, the quote “Catherine got up and went slowly to the door of the library, where she waited a moment, motionless” shows that Catherine is making up her mind to talk to her father. The way that she takes a lot of time and does things slowly lets the reader imagine that she is scared to approach him. Diction of time is represented in the words “waited a moment” and “went slowly”.

While on the outside Catherine seems to be calm and simple, interior monologue reveals the complex psychological conflict she experiences. For example, James writes: “She had an immense respect for her father, and she felt that to displease him would be a misdemeanour analogous to an act of profanity in a great temple; but her purpose had slowly ripened, and she believed that her prayers had purified it of its violence.” This quote proves how much influence Dr. Sloper has over his daughter. The fact that she compares disappointing Dr. Sloper to a crime, shows how concerned she is about his acceptance, and validation. Here, the punctuation is predominant, there are a lot of commas which extend the sentence, this also shows that she is second guessing her decisions and starting to think for herself and gain independence. Secondly, another quote that illustrates interior monologue is “She did not resent the imputation of weakness; it made no impression on her, for she had not the sense of weakness, and she was not hurt at not being appreciated.” This shows though she is mentally strong, Catherine is ignorant to others’ perspective, which completely contradicts the beginning of the book. The repetition of “no” and ”not” is part of a diction of negativity. Catherine was very affected by her fathers opinion. But these repeated negations show how she rejects Sloper’s thoughts of her, due to how he handled Morris. Finally, the repetition of “she” in the paragraph reinforces how we are seeing Catherine’s vision through the narrator’s 3rd person perspective.  James demonstrates Catherine’s psychological transformation and growing coming of age.