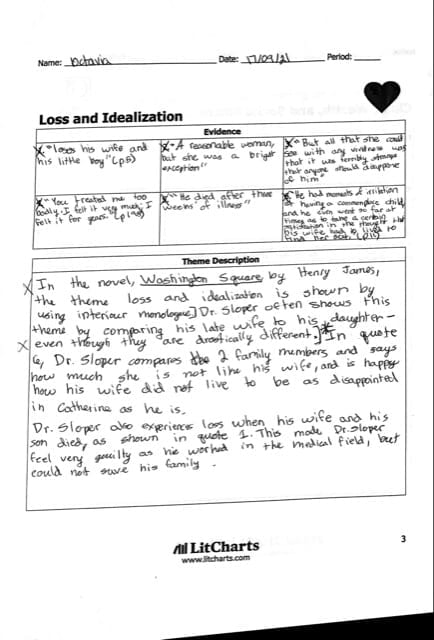 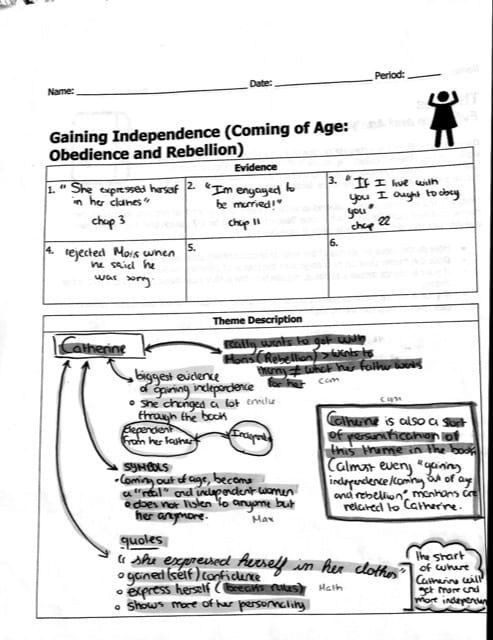 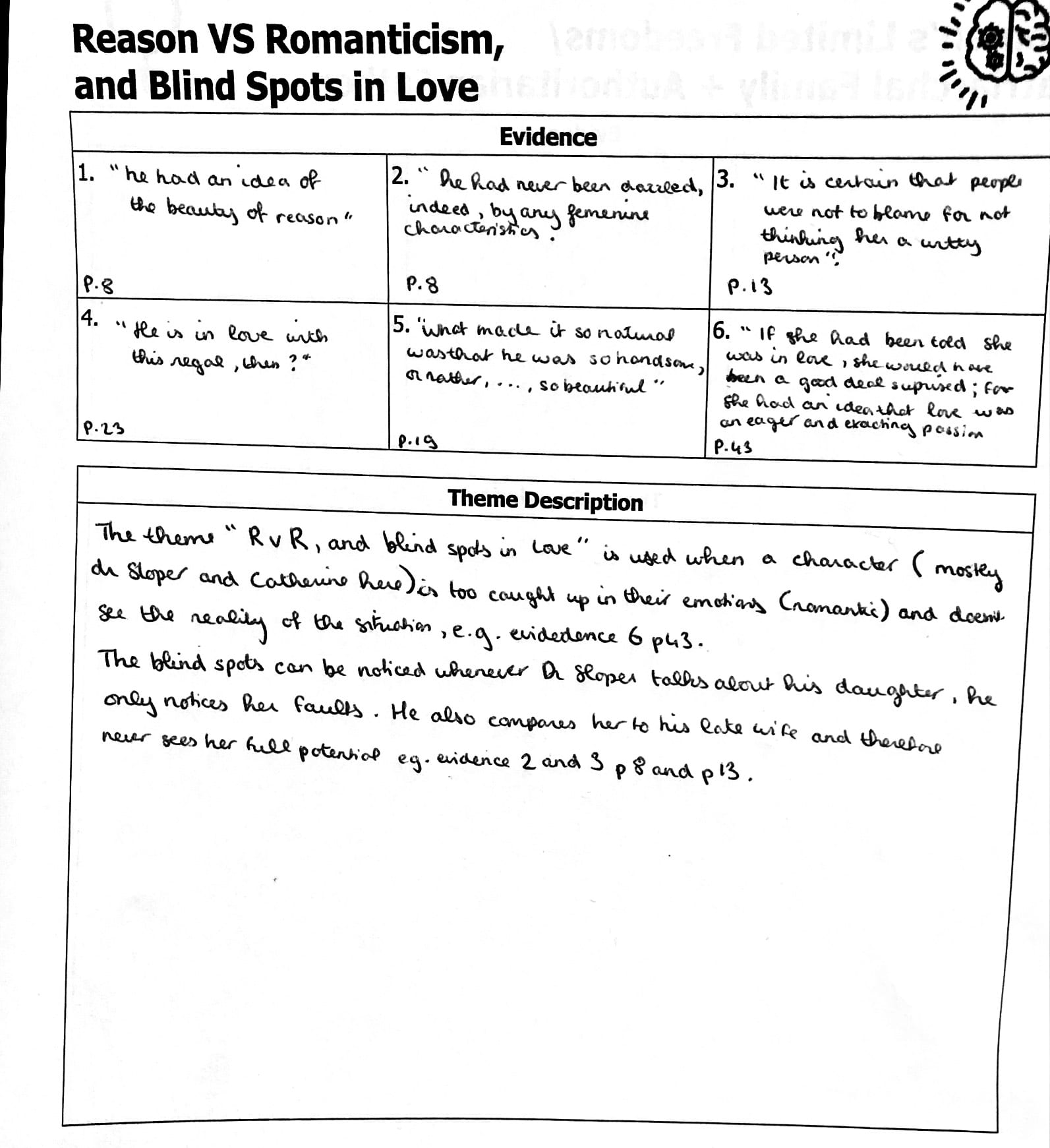 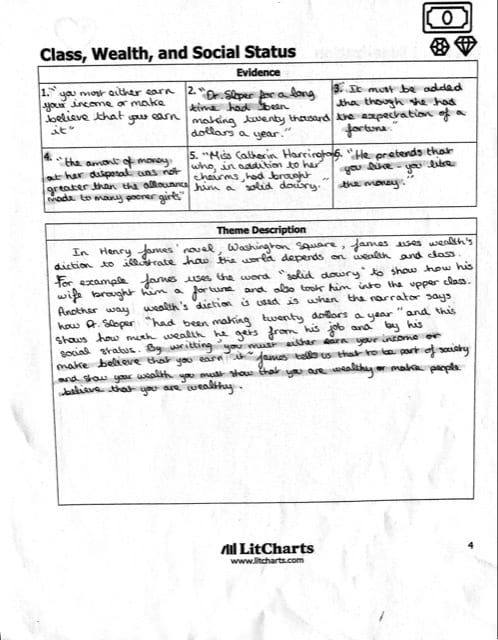 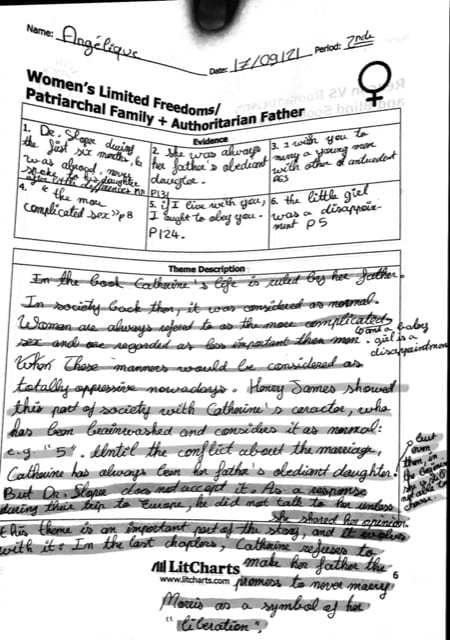 Each student must write one quote/analysis. Make sure the quote has not already been written.

For a man whose trade was to keep people alive he had certainly done poorly in his own family; and a bright doctor who within three years loses his wife and his little boy should perhaps be prepared to see either his skill or his affection impugned. Our friend, however, escaped criticism: that is, he escaped all criticism but his own, which was much the most competent and most formidable. He walked under the weight of this very private censure for the rest of his days, and bore forever the scars of a castigation to which the strongest hand he knew had treated him on the night that followed his wife’s death.

Save when he fell in love with Catherine Harrington, he had never been dazzled, indeed, by any feminine characteristics whatever; and though he was to a certain extent what is called a ladies’ doctor, his private opinion of the more complicated sex was not exalted. He regarded its complications as more curious than edifying, and he had an idea of the beauty of reason, which was on the whole meagrely gratified by what he observed in his female patients. His wife had been a reasonable woman, but she was a bright exception; among several things that he was sure of, this was perhaps the principal. Such a conviction, of course, did little either to mitigate or to abbreviate his widowhood; and it set a limit to his recognition, at the best, of Catherine’s possibilities and of Mrs. Penniman’s ministrations.

Her great indulgence of it was really the desire of a rather inarticulate nature to manifest itself; she sought to be eloquent in her garments, and to make up for her diffidence of speech by a fine frankness of costume. But if she expressed herself in her clothes it is certain that people were not to blame for not thinking her a witty person. It must be added that though she had the expectation of a fortune—Dr. Sloper for a long time had been making twenty thousand dollars a year by his profession and laying aside the half of it—the amount of money at her disposal was not greater than the allowance made to many poorer girls. In those days in New York there were still a few altar-fires flickering in the temple of Republican simplicity, and Dr. Sloper would have been glad to see his daughter present herself, with a classic grace, as a priestess of this mild faith. It made him fairly grimace, in private, to think that a child of his should be both ugly and overdressed. For himself, he was fond of the good things of life, and he made a considerable use of them; but he had a dread of vulgarity and even a theory that it was increasing in the society that surrounded him.

Commentary on chapter one

We – this establishes a first-person narrator but she is unidentified.

Palimpsest – A palimpsest is a place on a parchment where writing has been scraped out and written over. Here, the narrator suggests that the past has been overlaid by the present.

pictures – This suggests to us that the narrator has not had the chance to experience these fashions herself.

That yearning – The speaker realises that her past young romantic fantasies never quite lived up to expectation.

Still said U.S. – This hints to us that the United States of America has ceased to exist.

Aunt Sara … Aunt Elizabeth – The names sound friendly and cosy – but then we read ‘patrolled; they had electric cattle prods.’ Our expectations are undermined.

could not be trusted – The use of the passive voice means that we do not know who does the mistrusting. The government of the state of Gilead is never explicitly identified in the novel.

Guns … for … the Angels – As with the Aunts, our expectations of the word ‘Angel‘ are undermined.

Something could be exchanged – The word ‘exchanged’ is frequently used in the novel, and becomes significant, suggesting the importance of human inter-action. (See Themes and significant ideas > Human relationships)

We still had our bodies – There seems to be a hint here of prostitution. Given that these young women are to become, effectively, sex-slaves, it is ironic that the speaker feels this is a ‘fantasy’.

Catherine is a wealthy friend of yours. She is not very pretty, but she is a very nice person—simple and good. You can always count on her to be honest with you when you ask her opinion about choices you make in life. She is 21 and has rarely dated. Suddenly, a handsome, smooth-talking drifter comes into her life and proposes marriage. He sweeps Catherine off her feet. She wants to marry him even though her father has forbidden the marriage because he thinks the man is only after her money. You are concerned about your friend. When she tells you her dilemma, you see how sad she is. How do you advise her? What do you tell her father?

James crafted the novel of manners, emphasizing the standards and behaviors of a particular group of people in a particular time and place. James’s novels established a new direction for the American novel away from the romances of Cooper and Hawthorne, typically set in the past in a landscape of the mysterious forest with fantastic or imaginative actions. 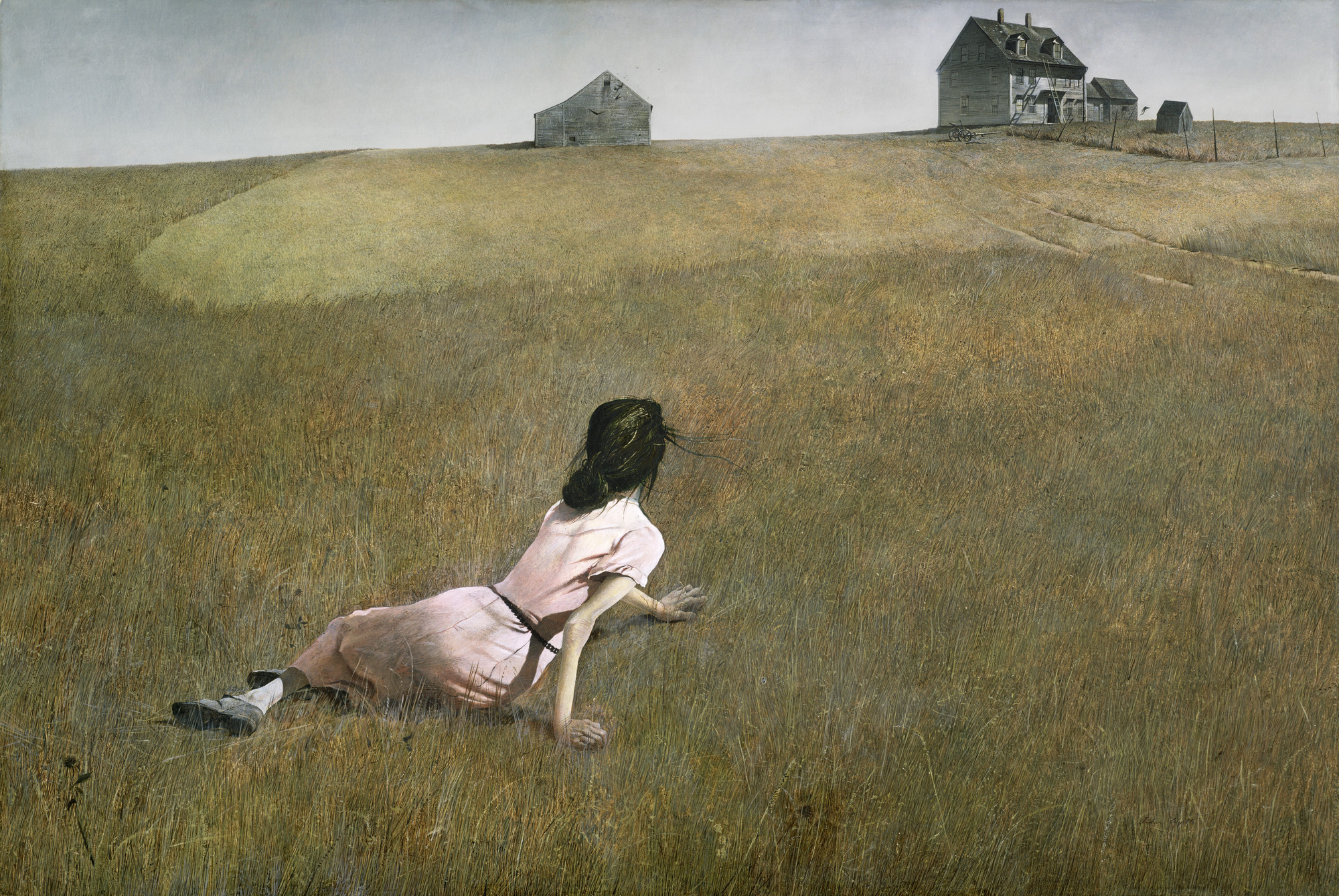 1. literary and philosophical usages of the term Realism are distinct
2. realism refers not to the objective depiction of the reality but to the reality effect, something which is agreed upon as true or real
3. American and European periods of Realism do not coincide (European earlier R 1850-1880 N, American 1870-1880’s R and 1890’s N) and have different backgrounds (events, ideologies)

Reasons for emergence of American R:

- rapid industrialisation and urbanisation after the Civil War which ended in victory for Northern capitalism (the Gilded Age 1865-1900 – ironic name given by Mark Twain due to unbridled materialism of the after war outburst of capitalism)
- revision of literature in the wake of the universal progress in all spheres (social, material, intellectual): the writer has to reject the romantic material and methods of the earlier fiction which was based on limited knowledge, in favour of a realistic aesthetics which demanded that the subject matter of contemporary life should be objectively depicted
- turn from sentimentalism to science which appeared to teach objectivity (see the world in its true light): Darwin On the Origin of Species 1859, The Decent of Man 1871
- turn to current affairs in novels due to the Civil War; major movements of the 2nd half of the 19th century: slaves, women, immigrants
- the promise of romantic democracy to settle all wrong matters right failed, increase of bureaucracy and corruption, ensuing distrust in the ruling elites

The literature of the new period had to face the conflict between the rapid changes in the economic and social domains and the system of moral values and attitudes inherited from the Victorian England. Thus, literature was the testing ground for these conflicts.

Such conflicts were usually exposed in the encounters between representatives of different backgrounds, either geographical (North vs. South, Europe vs. America), or social (different walks of life). The prevailing patterns for such encounters were travels, love relationships, and social advancement and descent.

Characteristics (from Richard Chase,The American Novel and Its Tradition)

1. Renders reality closely and in comprehensive detail. Selective presentation of reality with an emphasis on verisimilitude, even at the expense of a well-made plot
2. Character is more important than action and plot; complex ethical choices are often the subject.
3. Characters appear in their real complexity of temperament and motive; they are in explicable relation to nature, to each other, to their social class, to their own past.
4. Class is important; the novel has traditionally served the interests and aspirations of an insurgent middle class.
5. Events will usually be plausible. Realistic novels avoid the sensational, dramatic elements of naturalistic novels and romances.
6. Diction is natural vernacular, not heightened or poetic; tone may be comic, satiric, or matter-of-fact.
7. Objectivity in presentation becomes increasingly important: overt authorial comments or intrusions diminish as the century progresses.
8. Interior or psychological realism a variant form.

James himself admitted that the novel is a study of character – descriptive, analytic, psychological, concerned with fine shades and emotions.

An omniscient 3rd person narrator allows an objective insight into various characters’ minds, which is the hallmark of realism.

For James, the value of fiction writing lay in providing “a personal, a direct impression of life,” which to him was best achieved not by chronicling material conditions but rather by examining the subjective, psychological complexities of human beings.

James is mostly interested in the process which an American girl undergoes while freeing herself from the culturally imposed frame.