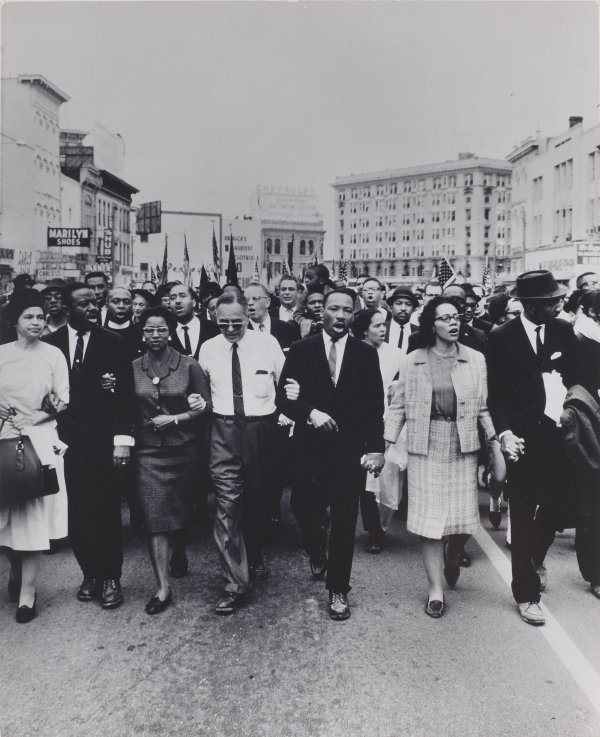 Moneta Sleet Jr.‘s photographs of the Selma-to-Montgomery March capture not only the movement’s leaders but also the sheer number of ordinary citizens who demonstrated. Braving the wet weather, participants walked uphill (both literally and figuratively) to the state capitol in solidarity for voting rights. Two and a half weeks after the march began, Dr. King and others triumphantly led the crowd into Montgomery. The 1965 Voting Rights Act was signed into law four and a half months later.