Did you know that Jhumpa Lahiri, the author of The Namesake, grew up in Rhode Island, the best state in the United States of America (and coincidentally the state where I’m from) ? 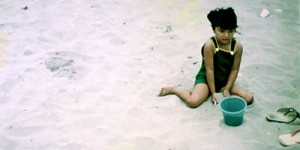 Here is an article written on the University of Rhode Island’s website detailing her connection with the state:

If you loved The Namesake, Lahiri has also written a book called The Lowland, which takes place in Rhode Island.

Q: “The Lowland” is, for a large part, set in Rhode Island, and as a native Rhode Islander myself, I have to thank you, because we don’t get many novels. We’re often seen as, the book points out, so marginal that we tend to be identified on maps by an arrow pointing inward from the ocean.

A: I’m from Kingston, R.I., sort of on the University of Rhode Island campus, on the margins of that, actually. My parents still live there, about two miles from the campus. I think I have written about Rhode Island in the past, but I think in the earlier books I was reluctant to mean it, to mention it. In the first book I was certainly picturing and pondering Rhode Island in my head but I didn’t write the words “Rhode Island.” At first I set work in Massachusetts, which I found a good alternative, and it was a place I also knew very well. Still, if there is any fact written on the back of my books, it’s that I grew up in Rhode Island, so I don’t know what it was exactly — probably out of not feeling like I could picture the state properly in my writing. Also, my relationship to the state, I didn’t know what it was. Not that my relationship to it is the relationship that people in this book have. Maybe it’s simply because it is where I am from. Plus, my upbringing felt so charged and confused in a lot of ways, I wasn’t ready to make where specifically I was from so explicit yet.

For more about the author, check out this radio interview: